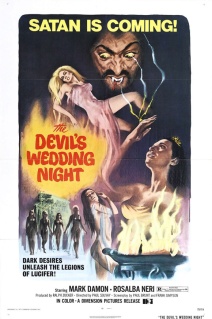 Sometimes, especially in the 70’s, a movie poster will scream that the film is about one thing when it’s actually about something else. I can’t tell you how many times I came across something all excited about the prospect of a certain type of film and then getting something totally different. What was more of an annoyance when I was young became a blessing in disguise in later years.
Such is the case with The Devil’s Wedding Night; a film I thought was about Satanism (the poster really enforces this thought), that is actually a cool Dracula vampire tale with some Bathory touches thrown in for good measure.

Twin brothers, one a scholar, the other a sleazy gambler type, are hanging out at their lavish 18th century home. The scholar, Karl, believes he has located the mythical ring of the Nibelungen, a mythical ring of untold power and feels that it belongs in the Karnstein Museum of Archeology. His brother Franz, is a “what happens in Vegas, stays in Vegas” kind of guy who thinks this might be a golden opportunity. Franz sets out for Castle Dracula alone, before Karl knows what hit him. Once arriving in the area, he gets a room at the local Inn and meets the kind sexy (in a young villager kind of way) Tanya. She warns him of the evils of Castle Dracula and though it is now owned by a young Countess, he should steer clear. Well that’s not going to happen. 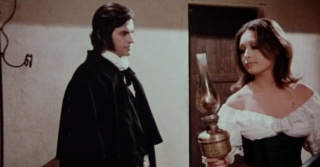 Franz soon finds himself outside the castle and confronted by the mysterious Lara, who lives with the Countess. She brings him in and soon he meets the Countess Dolingen de Vries. 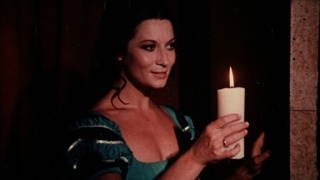 At dinner, the Countess explains that she has gotten the place very cheap due to its reputation and for that and that alone, she is grateful to Dracula. Before too long she is seducing Franz along with Lara, who as it turns out, is a zombie. The Countess has the ring and is using it to control the villagers and have them conduct virgin sacrifices as she baths in blood. Her ultimate goal now that she has someone worthy is to raise the spirit of Dracula and have him embody Franz so she may share in the power. Adding to the madness is the fact that Karl, having figured where his brother has gone, is on the way! 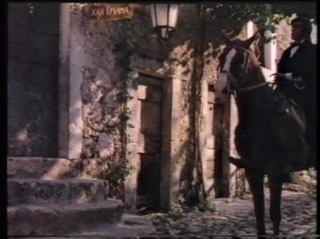 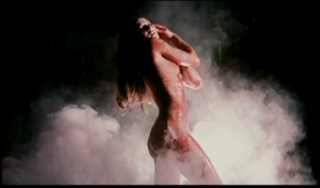 Rosalba Neri doesn’t get to have as much fun as she does in Lady Frankenstein but she still turns in a watchable performance. Mark Damon, who plays twins Karl and Franz, does so with equal commitment on both sides and in doing so pays tribute to Barbara Steele who played duo roles in Black Sunday, in which he also stars. They really do seem like two different people even though still playing with the good twin / bad twin cliché. 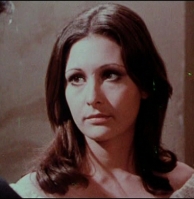 The rest of the cast is more or less disposable. Francesca Romana Davila, who is what amounts to a love interest in this film, doesn’t have enough screen time to register in your mind for you to even care when she pops up. Nice enough eye candy but pales next to Rosalba, and let’s face it, Franchesca is no Hammer heroine. Same case with Lara as played by Esmeralda Barros, though she does have more screen time, being a zombie doesn’t really give you an arch.
A tough film to get a hold of, getting it as an uncut bootleg from various dealers is your best bet. The Elvira Movie Macabre version from Shout DVD is authored from the scratched American print and is a tough watch (though it does have Elvira to liven it up). 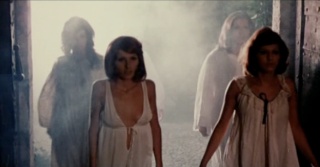 Do I recommend this one? Well let’s say that it depends on how diverse you like your vampire films. It is essentially a Dracula film without Dracula in it, proving that it actually can be done and be moderately successful.

The plot is overly complicated and the twist at the end brings in an element of interpretation so I have to say that though there are thousands of vampire films out there, you could do worse that this this film. Judging from the poster, it won’t be the ride you sign up for, but you may like the ride just the same.